NB comments are disabled due to commenters Advertising their businesses. 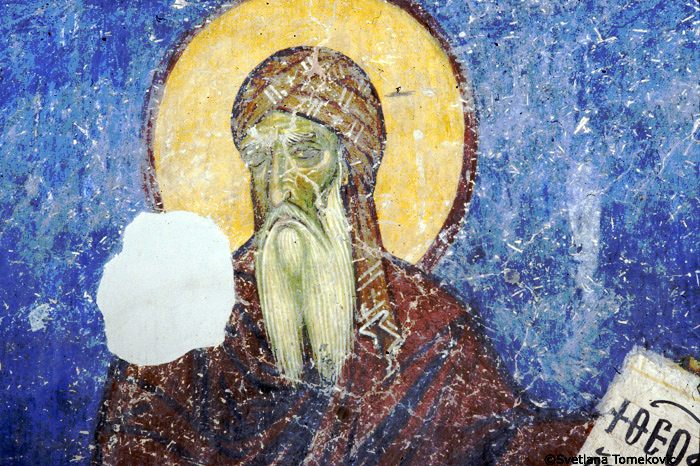 Holy Apostle Philip, One of the Seven Deacons

Holy Apostle Philip of the Seventy, one of the 7 Deacons is not to be confused with Saint Philip one of the Twelve Apostles (November 14). This Philip was born in Palestine, was married and had children.

After the Descent of the Holy Spirit, the Twelve Apostles made Philip a deacon in the Church of Jerusalem. Along with the other six deacons, they appointed him to deal with the offerings of the faithful and attend to the concerns of the widowed, the orphaned and the needy. The eldest among the seven deacons was the holy Archdeacon Stephen. When the persecution of Christians began, the Jews stoned the Protomartyr Stephen. The Apostle Philip left Jerusalem and settled in Samaria. There he successfully preached Christianity. Among the disciple’s converts was the noted magician Simon, who “after being baptized, continued with Philip.” (Acts 8:9-13)

Apostle Philip of the Seventy, One of the Seven Deacons – Orthodox Church in America (oca.org)

Synaxis of the Holy Startsi of Optina Monastery

Troparion — Tone 6
O lamps of the Orthodox Faith, unshakable pillars of monasticism, / intercessors for the land of Russia, Venerable Elders of Optina, / who acquired the love of Christ and devoted your lives to your children; / pray to the Lord that your earthly homeland may be established in Orthodoxy, and piety, and that our our souls may be saved.

Kontakion — Tone 4
Truly wondrous is God in His Saints, Who has revealed the Hermitage of Optina as a garden of eldership, / where the God-enlightened Fathers, knowing the secrets of the human heart, became valiant protectors of the people of God; / for they set those burdened by sin on the path of repentance, / enlightening those whose faith was wavering with the light of Christ’s teachings, / and taught them the wisdom of God, / they felt compassion for the sick and healed them. / Now, in God’s glory, they pray unceasingly for our souls.

Saint Theophanes the Hymnographer (the Branded) (847)

Theophanes the Branded also called Theophanes Graptus or Theophanes of Nicaea (775 – 845) was a Byzantine monk and hymnographer. Next to Joseph the Hymnographer, Theophanes is the major contributor to the Orthodox liturgical book called the Parakletike. Theophanes was consecrated as Metropolitan of Nicaea by Patriarch Methodius in 842 and administered it until his death in 845.

Theophanes wrote a large number of religious poems, among them one on his dead brother. (cf. Christ and Paranikas, “Anthologia græca carminum christianorum”, Leipzig, 1781).

As a hymnographer, Theophanes belongs to the tradition of the Lavra of Mar Sabbas, which includes many of the greatest writers of canons, including St Andrew of Crete, St Kosmas of Maïouma and St John of Damascus.

He was born in Thessalonika around 1300; his mother was a convert from Judaism. He entered monastic life, first at Mt Sinai, then at the Great Lavra on Mt Athos. The so-called “Hesychast controversy” was then raging, And St Philotheos became one of the firmest and most effective supporters of St Gregory Palamas.

Father Philotheos defended Orthodoxy against western-inspired attacks on the doctrines of uncreated Grace and the possibility of true union with God. It was St Philotheos who drafted the Hagiorite Tome, the manifesto of the monks of Mt Athos setting forth how the Saints partake of the Divine and uncreated Light which the Apostles beheld at Christ’s Transfiguration.